The Great Migration is one of the most incredible wildlife spectacles in the world. Often dubbed the ‘Greatest Show on Earth,’ the Great Migration in Kenya’s Maasai Mara sees thousands of wildebeest migrate across the Mara River.

Following the rains, around 1.5 million wildebeest, 400,000 zebras and 200,000 gazelles travel in a clockwise direction from Tanzania’s Serengeti National Park through Kenya’s Maasai Mara Game Reserve during the months from July to October.

Best time to visit Kenya for the Great Migration

July to October is peak season for migration safaris and is when most river crossings take place. During these months, herds are making their way between Tanzania’s Serengeti and Kenya’s Maasai Mara so this is when you’ll have the best chance of seeing a river crossing. It’s not an easy crossing for these animals to make, as they face threats from crocodiles, lions and poachers.

Once they reach the plains of the Maasai Mara, herds graze between different pastures and feed on the rich grass found here. From October onwards, the herds make their way back south to the Serengeti after having depleted the grasses of the Maasai Mara.

Kenya vs. Tanzania: where should I go?

With herds of wildebeest passing through both Tanzania and Kenya during their migration, it can be hard to choose which country to witness the spectacle in. Tanzania’s Serengeti isn’t as easily accessible as the Maasai Mara is, so it’s not a great option for families. The isolated nature of the area does mean, though, that the park tends to be much quieter. Here, you could have a river crossing or migration sighting to yourself, or share it with just one other vehicle.

In Kenya, you stand a much better chance of seeing the migration and river crossings, as the wildebeests’ route through the Mara is much more concentrated than their route through Tanzania. The Maasai Mara is also much more accessible than the Serengeti is, as you can fly straight there from Nairobi within a day. This area is also prime territory for the Big Five, so you can spot lions, buffaloes, leopards, elephants and rhinos alongside wildebeest.

Where to stay in Kenya

As a popular migration safari destination, Kenya can become overrun with crowds. For a more peaceful experience, staying in a private conservancy is a great way to avoid the hordes of tourists.

An agreement between the Maasai landowners and safari camp owners has seen much of the land to the north and east of the Maasai Mara converted into wildlife conservancies. These private conservancies and reserves are separate from the Maasai Mara Game Reserve itself. They are right on the border, though, so travellers can still combine an exclusive safari experience with the beautiful surroundings. With a limited number of camps permitted in the conservancies, travellers can also take comfort in the fact they’re contributing to a low-impact and more sustainable form of tourism by staying here.

If you’re set on watching a river crossing, you can visit the Maasai Mara National Park for a day from these private conservancies. Aside from avoiding the crowds, private conservancies offer night drives and walking safaris, which aren’t allowed in national parks and public game reserves due to their busy nature.

As the wildebeest are only in Kenya for a few months of the year – from July to October – several seasonal camps are set up. These take advantage of the best migration sites and are custom-made for tracking the herds, so they are a great option for those who don’t mind the crowds.

How to see a Mara River crossing

As the wildebeest and their fellow mammals migrate from the Serengeti into the Maasai Mara, they must cross the Mara River. Located on the border between Tanzania and Kenya, this is one of the most treacherous points of the migration. Hungry crocodiles wait beneath the surface, making it a hazardous crossing. With millions of clattering hooves, crashing waters and predators waiting on the other side, some animals may not even make it out alive.

River crossings take place from August to October, but there is no guarantee of seeing one. Even if you arrive at the exact moment that the herds are gathering on the bank, they might simply stand there for a couple of days, nervously waiting for the first wildebeest to take the leap. The animals know that predators lurk in and around the river, so they’re understandably reluctant to cross. Wildebeest may even gather in their thousands on the bank before deciding to walk away and find a different crossing point.

But in all Safari fun spirits catching this amazing migration is totally worth it. 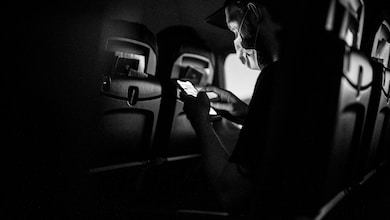 Watch Now: Dwarf giraffes found in the wild for the first time

Mtembezi Guide to the Great Migration in Maasai Mara